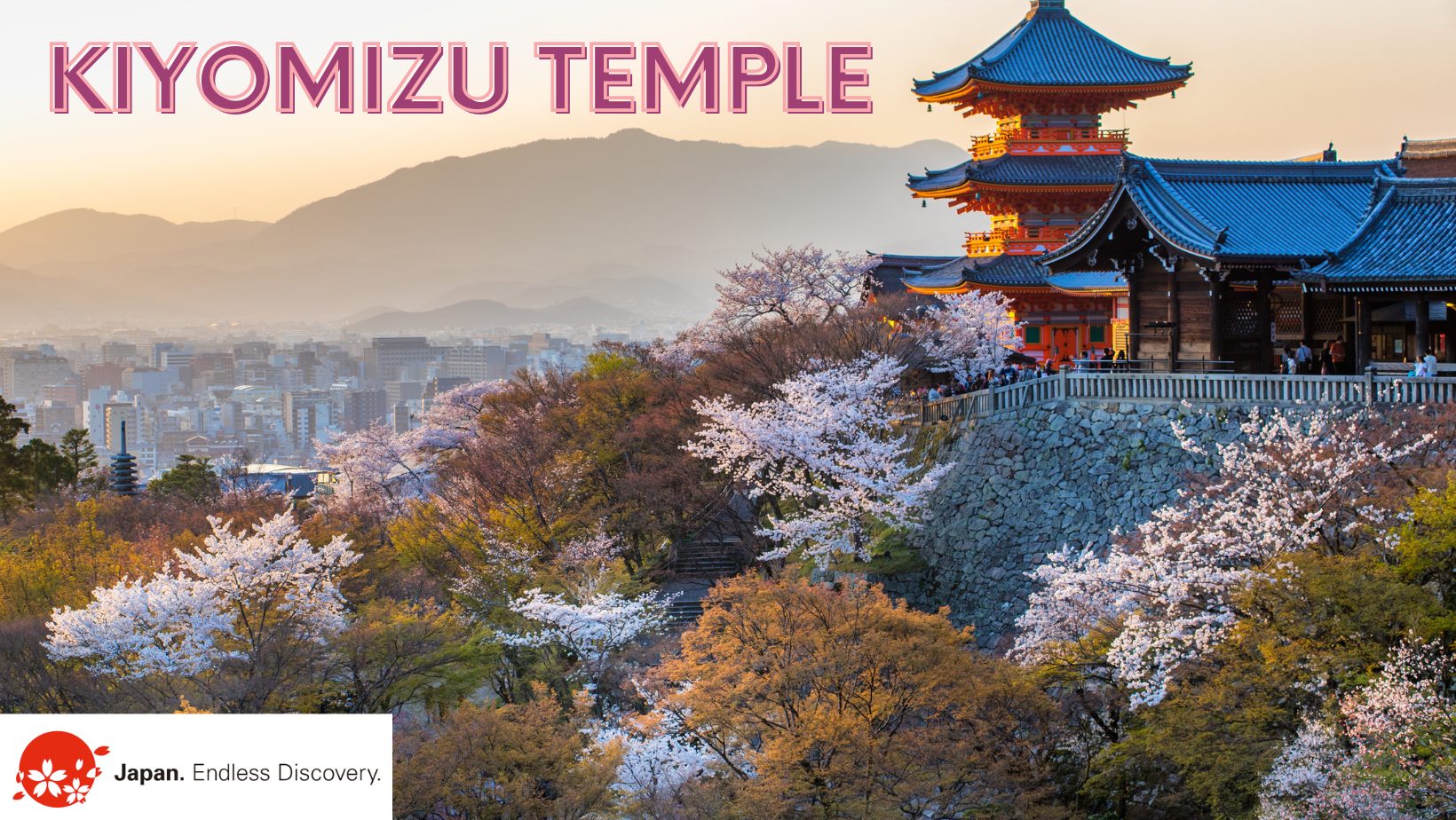 Kiyomizu Temple in Kyoto, Japan is considered one of the most picturesque locations in all of Japan. The hilltop location provides stunning views of the city below, and it’s no surprise that so many visitors come here just to look at the scenery rather than visit the temple itself! Below, we have compiled 8 reasons why you should consider visiting Kiyomizu Temple during your next trip to Kyoto. We hope this inspires you to make your own journey here in the future!

1) The Terrace With A 360 Degrees View
The terrace with a 360 degrees view is located at the top of a steep flight of stairs. It's a popular spot for photo ops. Once you're there, though, you'll have a stunning view of Kyoto and its surroundings.

2) The Trickling Water
The sacred water of Kiyomizu is said to be able to cure all ills. Those who drink it are granted a long life, and those that bathe in it are said to be cleansed of their sins.  It's also been rumored for centuries that even simply gazing upon its waters will grant you happiness and good luck. Legend has it that the temple's deity Taira no Masakado brought this special water from Korea when he returned home after many years away.

3) Lit Torches at Night
Famed for its evening lit torches, this temple is a must-see at night. The nightly ritual of lighting torches and walking them up the steps of Mount Otowa is believed to bring good luck. The torches are carried by volunteers from all over Japan, who visit here for one night in order to make their wish come true.

4) Showering Under Waterfall
It is incredibly refreshing and revitalizing to be under a waterfall.  It has been said that it can reduce stress, calm your mind, and help you get rid of aches and pains. The best thing about taking a bath in waterfalls is that there are usually cold water falls which help cool you down on hot summer days.

5) The Red Gate
The first thing you'll notice as you approach the temple is a giant red gate. This gate is called Karamon and it's one of the most iconic symbols of Kyoto. Karamon isn't just a pretty sight, though. It was originally built to function as a fire break in case of fires that might have been caused by lightning strikes.

6) Cherry Blossoms in Spring
There are many reasons to visit Japan during the spring time, but one of the most popular is for the Cherry Blossom Festival. During this festival, which usually lasts from March 20th through April 10th, there are many events held in temples and gardens throughout Kyoto and all over Japan.

7) Swans in Wintertime
The swans in wintertime at Kyoto's hilltop temple create a beautiful, serene sight.  They are fed with rice by tourists who come from all over the world for this annual event. In Japan, it is believed that these birds bring good luck and fortune to anyone who feeds them. Feeding time lasts until March 31st and will continue until the final day of April 1st. If you want to go feed some swans but don't know where they live, just head up to Mt.Kiyomizu's gorgeous grounds!

One of the most iconic parts of a visit to Kiyomizu Temple is ringing in New Year's Eve with a shinzan bell ceremony. This tradition began during the Edo period, when people went up to pray for protection from evil spirits on New Year's Eve.

The Kiyomizu Temple is a phenomenal structure and an iconic site in Kyoto. Ready to see it for yourself?